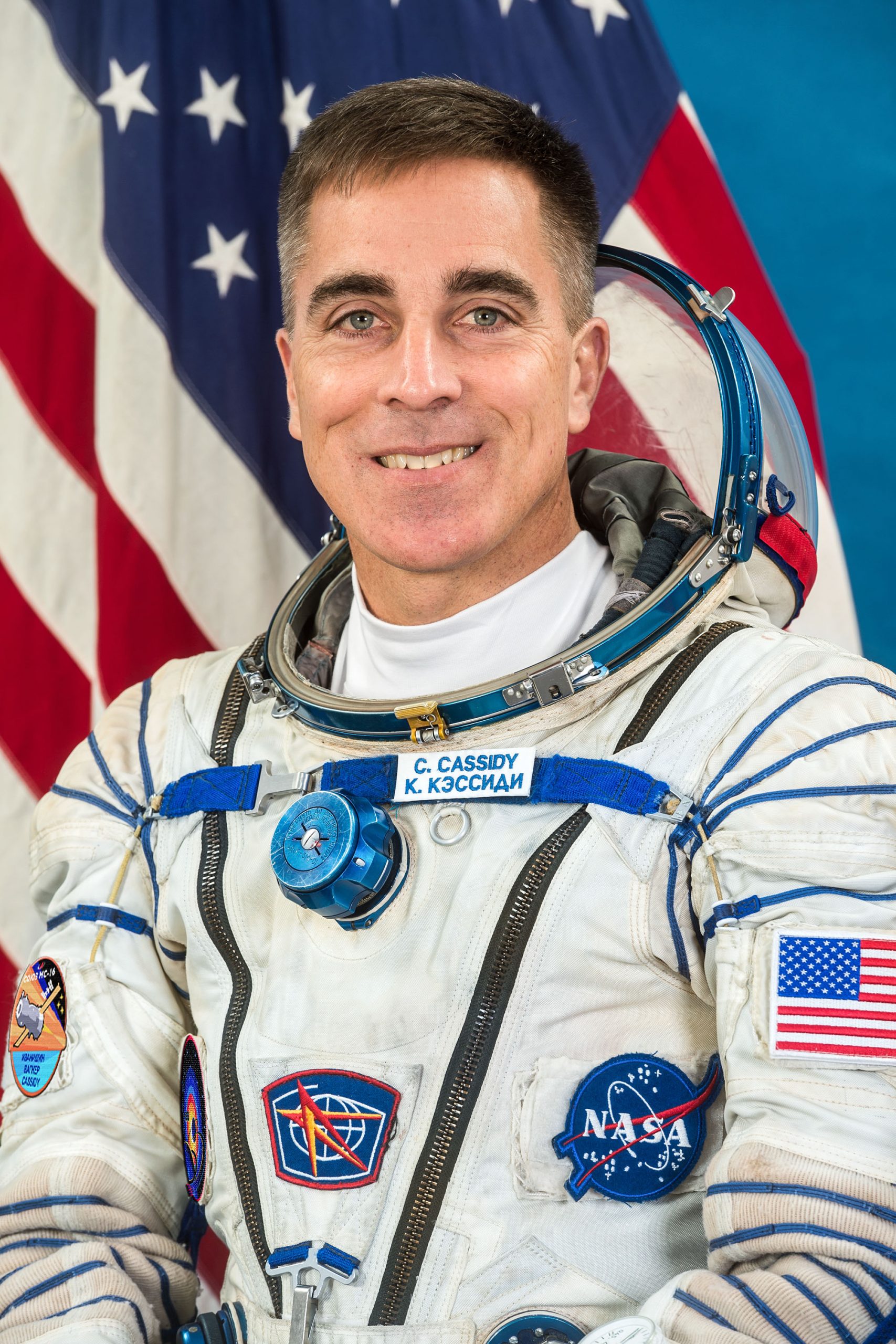 Was born in 1970 in Salem, Massachusetts.

In 1989 graduated from the Naval Academy preparatory school in Newport, Rhode Island.

In 1993 received a bachelor’s degree in mathematics in the US Naval Academy in Annapolis, Maryland.

In 2000 received a master’s degree in maritime equipment at Massachusetts Institute of Technology.

In 2015 became an honorable Ph.D. in Husson University, Maine.

Was qualified to NASAin 2004. In 2014-2015 was the head of Extravehicular Activity Department, in 2015 was appointed NASA Astronaut Office deputy chief, in four months becoming the chief of the office.

Performed his second spaceflight on March 28 – September 10, 2013 as flight engineer-2 of the Soyuz TMA-08M spacecraft and ISS-35/36 flight engineer. During this mission Cassidy also conducted three spacewalks lasting 13 hours and 9 minutes in total.