The excursion to the RKK Energia Museum will be especially interesting for school students. Young guests will be able to learn about the past and the future of Russian cosmonautics, to see how cosmonauts live and work on orbit. 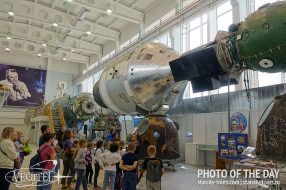 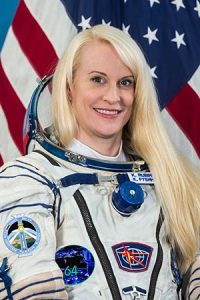 Summary:
Kathleen Rubins was selected by NASA in 2009. Rubins completed her first spaceflight on Expedition 48/49, where she became the first person to sequence DNA in space. She spent 115 days in space and conducted two spacewalks. She holds a Bachelor of Science in Molecular Biology from the University of California and a Ph.D. in Cancer Biology from Stanford University Medical School Biochemistry Department and Microbiology and Immunology Department. Dr. Rubins conducted her undergraduate research on HIV-1 integration in the Infectious Diseases Laboratory at the Salk Institute for Biological Studies. She worked as a Fellow/Principal Investigator at the Whitehead Institute for Biomedical Research and headed 14 researchers studying viral diseases that primarily affect Central and West Africa.  She is currently training for a six-month mission to the space station as a flight engineer for the Expedition 63/64 crew, scheduled to launch October 2020.

Education:
Graduated from Vintage High School in 1996, received a Bachelor of Science degree in Molecular Biology from the University of California, San Diego, in 1999 and a Ph.D. in Cancer Biology in 2005 from Stanford University Medical School Biochemistry Department and Microbiology and Immunology Department.

Experience:
Dr. Rubins conducted her undergraduate research on HIV-1 integration in the Infectious Diseases Laboratory at the Salk Institute for Biological Studies. She analyzed the mechanism of HIV integration, including several studies of HIV-1 Integrase inhibitors and genome-wide analyses of HIV integration patterns into host genomic DNA. She obtained her Ph.D. from Stanford University and, with the U.S. Army Medical Research Institute of Infectious Diseases and the Centers for Disease Control and Prevention, Dr. Rubins and colleagues developed the first model of smallpox infection. She also developed a complete map of the poxvirus transcriptome and studied virus-host interactions using both invitro and animal model systems.

Dr. Rubins then accepted a Fellow/Principal Investigator position at the Whitehead Institute for Biomedical Research (MIT/Cambridge, Massachusetts) and headed a lab of 14 researchers studying viral diseases that primarily affect Central and West Africa. She traveled to the Democratic Republic of Congo to conduct research and supervise study sites. Work in the Rubins Lab focused on poxviruses and host-pathogen interaction as well as viral mechanisms for regulating host cell mRNA transcription, translation and decay. In addition, she conducted research on transcriptome and genome sequencing of filoviruses (Ebola and Marburg) and Arenaviruses (Lassa Fever) and collaborative projects with the U.S. Army to develop therapies for Ebola and Lassa viruses. Dr. Rubins has published and presented her work in numerous papers at international scientific conferences and in scientific journals.

Spaceflight Experience:
Expeditions 48 and 49 (July 2016 through October 2016.)On July 7th, 2016, Dr. Rubins launched from the Baikonur Cosmodrome in Kazakhstan to the International Space Station aboard the first test flight of the new Soyuz MS spacecraft. Together the international crew of Expeditions 48 and 49 conducted or participated in more than 275 different scientific experiments including research in molecular and cellular biology, human physiology, fluid and combustion physics, Earth and space science and technology development. Dr. Rubins was the first person to sequence DNA in space, eventually sequencing over 2 billion base pairs of DNA during a series of experiments to analyze sequencing in microgravity. Dr. Rubins also grew heart cells (cardiomyocytes) in cell culture, and performed quantitative, real-time PCR and microbiome experiments in orbit.

Rubins has logged 115 days in space and 12 hours and 46 minutes of spacewalk time.  She is currently training for a six-month mission to the space station as a flight engineer for the Expedition 63/64 crew, scheduled to launch October 2020.