Book flights for yourself and your loved ones, feel the real dynamics and adrenaline! 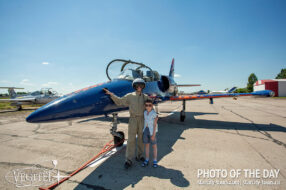 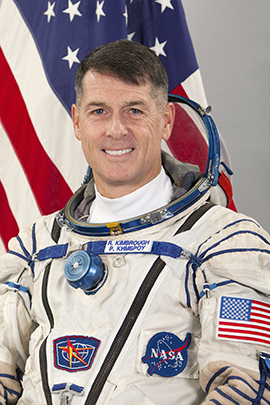 Kimbrough graduated from West Point in May 1989 and was commissioned as a Second Lieutenant in the U.S. Army.

He entered the U.S. Army Aviation School in 1989 and was designated an Army aviator in 1990.

In 1994, he was assigned to the 229th Aviation Regiment (Attack) (Airborne) at Fort Bragg, North Carolina, where he commanded an Apache helicopter company as well as the Regimental headquarters company.

After completing a Masters of Science degree at the Georgia Institute of Technology in 1998, he was assigned as an assistant professor in the Department of Mathematical Sciences at the United States Military Academy. Other military schools include the Army Parachutist Course, Army Jumpmaster Course, German Airborne Course, the Combined Arms Services Staff School and the Command and General Staff College.

Kimbrough joined the NASA team at the Johnson Space Center (JSC) in September 2000. He was assigned to NASA’s Aircraft Operations Division at Ellington Field in Houston, where he served as a Flight Simulation Engineer (FSE) on the Shuttle Training Aircraft (STA).

Kimbrough was selected as an astronaut candidate by NASA in May 2004.

In February 2006, he completed Astronaut Candidate Training that included scientific and technical briefings, intensive instruction in shuttle and International Space Station systems, physiological training, T-38 flight training and water and wilderness survival training. Completion of this initial training qualified him for various technical assignments within the Astronaut Office and future flight assignment as a Mission Specialist.

Kimbrough completed his first spaceflight in 2008, logging a total of 15 days, 20 hours, 29 minutes and 37 seconds in space and 12 hours and 52 minutes in two spacewalks.

Kimbrough served as the Chief of the Vehicle Integration Test Office (VITO) from June 2013 to June 2014 in the Flight Crew Operations Directorate as well as serving as the Robotics Branch Chief for the Astronaut Office.

STS-126 Endeavour (November 14 to November 30, 2008) launched at night from the Kennedy Space Center, Florida, and returned to land at Edwards Air Force Base, California. It was NASA’s 4th shuttle flight in 2008 and the 27th shuttle/station assembly mission. Highlights of the almost 16-day mission included expanding the living quarters of the space station to eventually house six-member crews by delivering a new bathroom, kitchen, two bedrooms, an exercise machine and a water recycling system. During the mission, Kimbrough performed two spacewalks, logging a total of 12 hours and 52 minutes. STS-126 also delivered a new resident to the station, replacing Greg Chamitoff, Expedition 17/18, with Sandy Magnus, Expedition 18. STS-126 returned to Earth after completing 250 orbits in over 6 million miles.

Kimbrough has been assigned to the Expedition 49/50 crew scheduled to launch to the International Space Station in autumn 2016.