Take your seat in L-29 or L-39 jet cockpit and conquer the skies together with an experienced pilot! 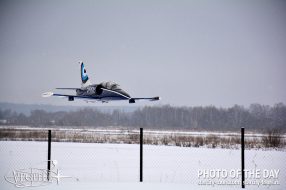 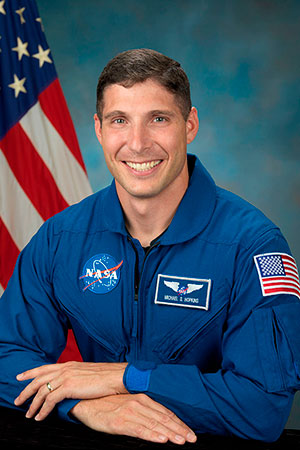 Michael S. Hopkins was selected by NASA as an astronaut in 2009. The Missouri native is currently training for Crew-1, the first post-certification mission of SpaceX’s Crew Dragon spacecraft – the second crewed flight for that vehicle – and his second long duration mission aboard the International Space Station.

Hopkins and his crewmates are working closely with SpaceX to develop their new spacecraft systems, which will provide roundtrip crew transportation services to the International Space Station and, along with Boeing’s Starliner, return the ability to launch humans into space from United States soil.

Previously, Hopkins was member of the Expedition 37/38 crew and has logged 166 days in space. He launched from the Baikonur Cosmodrome in Kazakhstan to the International Space Station in September 2013. During his stay aboard the station, he conducted two spacewalks totaling 12 hours and 58 minutes to change out a degraded pump module.

Born in Lebanon, Missouri, and grew up on a farm outside Richland, Missouri. Married to the former Julie Stutz of Peoria, Illinois. They have two sons. Recreational interests include backpacking, camping, snow skiing, weight lifting, running, hockey and football. His mother and stepfather, Barbara and Dennis Duffy, reside in Camdenton, Missouri. His father, Ogle Hopkins, is deceased, and his stepmother, Paula Hertwig Hopkins, resides on the farm outside Richland, Missouri.

Hopkins was commissioned as a second lieutenant in the United States Air Force in January 1992. In April 1993, he was assigned to Kirtland Air Force Base, Albuquerque, New Mexico, where he worked on advanced space system technologies. In 1996, he attended the flight test engineering course at the United States Air Force Test Pilot School, Edwards Air Force Base, California. Following graduation in 1997, he worked at the 418 Flight Test Squadron, testing C‐17 and C‐130 aircraft. In 1999, he moved to Cold Lake, Alberta, as an exchange officer with the Canadian Flight Test Center. In 2002, Hopkins was selected as an Olmsted Scholar by the George and Carol Olmsted Foundation. Following six months of language training at the Defense Language Institute in Monterey, California, he moved to Parma, Italy, in 2003, where he studied political science at the Università degli Studi di Parma. In 2005, Hopkins was assigned to the United States Air Force Rapid Capabilities Office at the Pentagon, where he served as a project engineer and program manager. In 2008, Hopkins was selected as a special assistant to the Vice Chairman of the Joint Chiefs of Staff, where he worked until he commenced astronaut training.

Hopkins was selected in July 2009 as one of 9 members of the 20th NASA astronaut class. He graduated from Astronaut Candidate Training in November 2011, which included scientific and technical briefings, intensive instruction in International Space Station systems, spacewalks, robotics, physiological training, T 38 flight training and water and wilderness survival training.

Expedition 37/38 (September 25 through March 10, 2014). On September 25, 2013, Hopkins launched from the Baikonur Cosmodrome in Kazakhstan along with Russian cosmonauts Oleg Kotov and Sergey Ryazanskiy. They were welcomed to the space station by Expedition 37 commander Fyodor Yurchikhin of Roscosmos, Karen Nyberg of NASA and Luca Parmitano of the European Space Agency. They were later joined by Expedition 39 commander Koichi Wakata of the Japan Aerospace Exploration Agency (JAXA) and flight engineers Russian cosmonaut Mikhal Tyurin and U.S. astronaut Rick Mastracchio. During his stay aboard the space station, Hopkins and Mastracchio conducted a pair of U.S. spacewalks to change out a degraded pump module for a total of 12 hours and 58 minutes. Hopkins, Kotov and Ryazanskiy returned to Earth on March 10, 2014, after 166 days in space. During the expedition, the crew completed 2,656 orbits of the Earth and traveled more than 70 million miles.

Hopkins is currently training for Crew-1, the first post-certification mission of SpaceX’s Crew Dragon spacecraft – the second crewed flight for that vehicle – and his second long duration mission aboard the International Space Station.