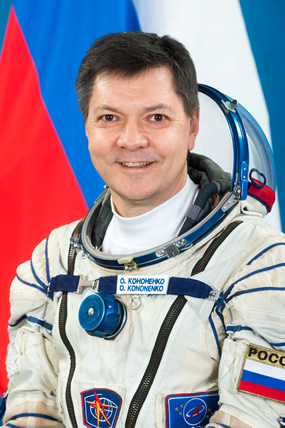 In 1988 he graduated from Kharkov Order of Lenin Aviation Institute after N.E. Joukovsky (KhAI), specializing in the Vehicle propulsion systems.

Since 1998 worked at RSC Energia, namely was engaged in the elaboration of flight documentation and the development test of the EVA equipment and procedures in conditions simulating weightlessness on the Selen stand and neutral buoyancy in CTC hydrodynamics laboratory; participated in the Service Module prelaunch processing on the EVA and teleoperation control mode issues; took part in the ISS crews training for EVA; supervised EVAs on the ISS at MCC; participated in the sea crew training for DM water landing; was a member of the maintenance team of DM in the landing area; was a member of the test team as a test worker in Orlan-M-GN; EMU spacesuits and a safety diver in the light-weight diving gear.

From 1988 he worked as an engineer, design engineer, leading design engineer at the Central Specialized Design Bureau of State Research & Production Rocket-Space Center TsSKB-PROGRESS (Samara) of the Russian Space Agency.

On March 29, 1996 he was selected as a candidate for test cosmonaut from TsSKB-PROGRESS by decision of the State Interdepartmental Committee.

On March 20, 1998 by decision of the Interdepartmental Qualification Committee he got a qualification of a test cosmonaut.

From October 1998 he has passed training as a member of the cosmonaut group under the ISS flight program.

From January 1999 he has been a test cosmonaut of OAO RSC Energia.

From December 2001 till April 2002 he passed training together with G.I. Padalka in the Soyuz TM-34 backup crew (the ISS third visiting crew).

From April 2002 to February 2004 he passed training with G.I. Padalka and NASA astronaut Michael Fincke for a space flight as a flight engineer of the ISS-9 prime crew and then in the ISS-11 prime crew with NASA astronaut John Phillips. Due to the ISS flight program change the crews were reorganized.

From March 2004 till March 2006 he passed training in the cosmonaut group under the ISS flight program.

From March 2006 till March 2008 — training with S.A. Volkov and NASA astronauts Garret Reisman and Gregory Chamitoff in the ISS-17 prime crew for a space flight.

From October 2010 till July 2011 he passed training as a backup crew member of ISS-28/29 and a comander of Soyuz TMA-02M manned spacecraft.

On January 22, 2011 by order of CTC chief he was assigned to CTC cosmonaut detachment as a test cosmonaut.

From November 2014 till July 2015 passed training as the ISS-44/45 prime crew flight engineer and a comander of the Soyuz TMA-17M.

Since November 2016 Oleg Kononenko was appointed as a ROSCOSMOS’ cosmonaut team comander.

Pilot-Cosmonaut of the Russian Federation,

Hero of the Russian Federation.

Order of Merit for the Motherland III class, IV class

Medal of Merit for space exploration